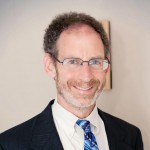 Samuel D. Zurier, an AV rated attorney, has represented individuals, businesses, nonprofit institutions and government agencies, both as plaintiff and as defendant, in a wide variety of civil litigation matters, including contracts, real property, personal injury, corporate ownership, eminent domain, trademark disputes, and employment discrimination. He has appeared before the trial and appellate courts of Rhode Island and Massachusetts, the federal district courts in Rhode Island and Massachusetts, the First Circuit Court of Appeals, several probate courts and several administrative agencies. He served as a hearing officer before the Rhode Island Department of Business Regulation, Insurance Division.

He has written several articles for the Rhode Island Bar Journal, some of which have earned the Journal’s distinguished writing awards. In 2003, Mr. Zurier was named a fellow of the Rhode Island Bar Foundation. He has taught Education Law as an adjunct professor at Roger Williams University Law School.

In the community, Mr. Zurier is a former President of the Jewish Family Service, where he currently serves on the Board of Directors. He previously has served on the Boards of Temple Beth El and the Jewish Federation of Rhode Island. In 2000-02, he served as a member of the Providence School Board. During 2011-18, he represented Ward 2 in the Providence City Council.